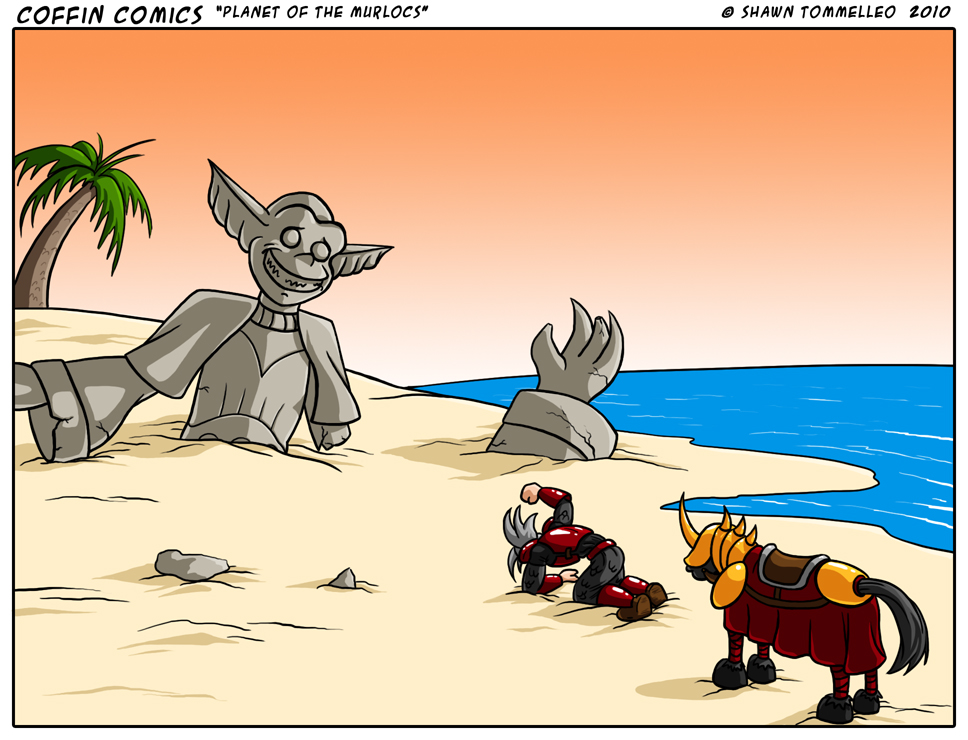 Planet Of The Murlocs

So yeah, I have to say I’m getting pretty excited over the impending doom of Azeroth. Class changes, new spells and whatnot, an almost new world to explore, and of course, new races! But what are we doing now to get prepared? Are you guys grinding gold? Finishing off old quests? Gearing up in the raids to cruise on into lvl 81? Or has the pre-expansion blues set in and just decided to sulk around until things get going again when Cata comes out? I for one think I’ll take a drive in my scooter around all of the old world before the changes set in. Just to take it all in, ya know? So don’t get the pre-xpac blues gang! There’s plenty left to do before the world blows up!

this message will now self destruct…