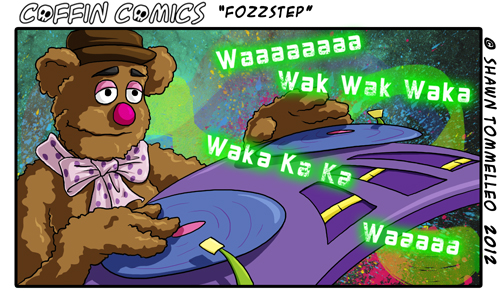 For those of you unfamiliar with “dubstep”, it’s a saucy new latin dance step!  NO!  That’s what the name would lead you to believe.  However, it’s basically a genre of songs, I suppose, that revolve around “dropping the bass” or more simply, making this “wuuu wubwubwub” sound.  You hear it spring up in a few popular songs on the radio from time to time.  Though, my first real exposure to it was with Saints Row 3 when you win a mission or something, it played a little dubabub tune.  Seemed cool enough and fit the theme.  But then we get it mixing in with more mainstream music like Too Close where the weird dorky guy singing a love(?) ballad of sorts has some wubadubbs tossed into the background.

Maybe it’s just me, but I think some of these cross overs are a bit hit and miss.  Sure, I like Kanye, but when he pops in to say hi in my Katy, then I got issues.  Some songs work with genre crossovers.  In fact, some are amazing!  But then some are just weird and don’t flow well together.

Anyways… Now all I hear is The Fozz droppin some mad wakas.  >)