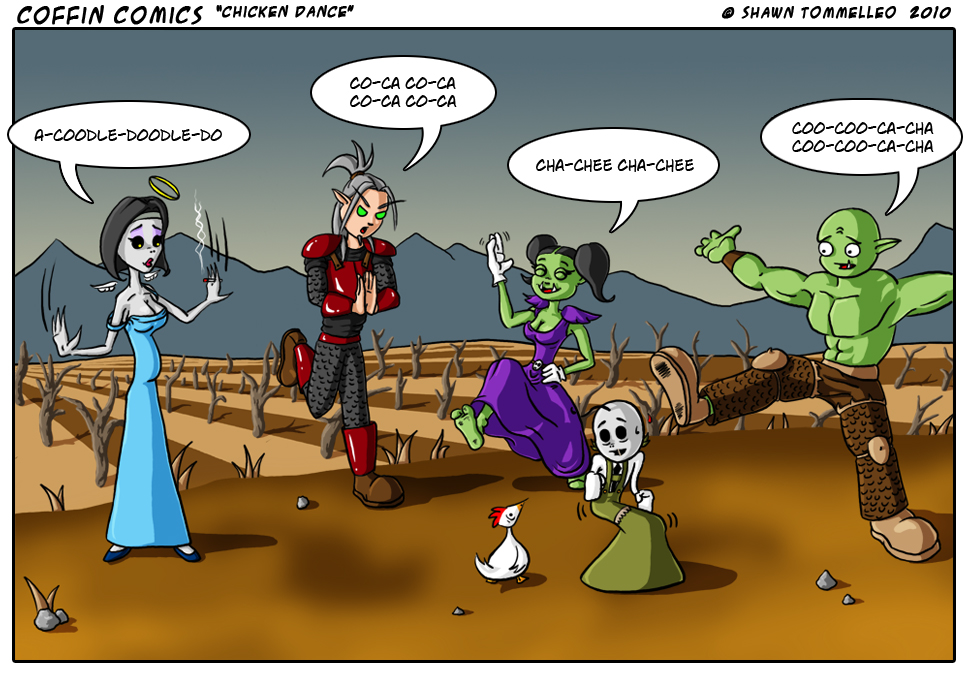 I don’t think they’ve ever seen a real chicken…

Ah yes, the chicken dance… This little quest brought me many fond memories of clucking like an idiot in Westfall. Then you have the Horde… flapping their arms, dancing around, all in a vain attempt to impress a little bird that would inevitably side with the Alliance anyways… traitorous fowl!* Why, I remember back in WoW-Classic, there would be dozens of Allies clucking about trying to get this pet. What a sight!

I know this week is a little bit of an obscure reference, but you all should really watch some episodes of Arrested Development. Another great show cut short by the executive suits… At least there’s a movie coming…

*Of course the good people at Blizzard patched this not too long ago, allowing the Horde to get this pet as well! >D